We attended the UN Ocean Conference!

With delegates from Member States, non-governmental organizations, and universities attending, as well as entrepreneurs looking for ways to sustainably develop the “Blue Economy”, the UN Ocean Conference took place in the city of Lisbon between 27 June and 1 July, being co-hosted by the governments of Portugal and Kenya at a critical time where major structural transformations and common shared solutions are needed to start a new chapter of global ocean action, and revert the tipping point we are about to reach. 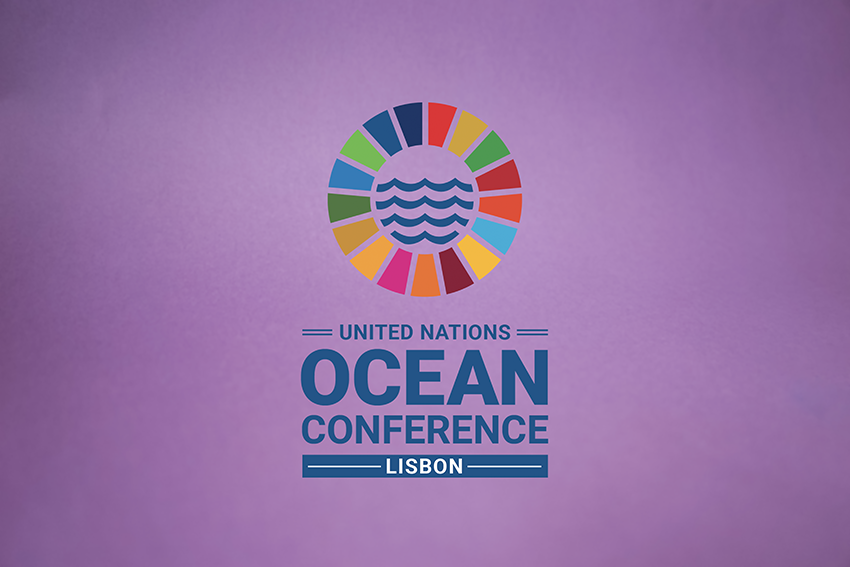 One key message that was repeated along the conference and that is important that we all understand is the following:

We have failed collectively as world leaders, as civil society, as business wo/men, as researchers, as entrepreneurs, to take action agaist the deeply alarming global emergency the Ocean is facing.

The Conference left that clear and its recognition was important to make leaders renew their commitments to take urgent actions to achieve Ocean-related targets and to cooperate at all levels. With coastal erosion, rising sea levels, warmer and more acidic waters, marine pollution, overexploitation of fish stocks and decrease of marine biodiversity, the path is not easy as we need to urgently improve the health, productivity, sustainable use and resilience of the Ocean and its ecosystems. As Isabella Lövin, former Deputy Prime Minister of Sweden, called out on all governments: "Without political will we will not make it. We are the last generation that can do something about it, and you -referring to government representatives- are the ones who can make it happen. This is the most important talk we can be having".

So what are the results of the UN Ocean Conference?

After a five-day event with more than 6,000 participants from more than 150 countries including 24 Heads of State and Government, and over 2,000 representatives of civil society, a collective agreement to scale up science-based and innovative actions to address the ocean emergency was reached. This political declaration was accompanied by close to 700 new commitments made by many countries and stakeholders from all sectors of society — youth, civil society, businesses, and the scientific community — demonstrating the willingness to transition towards a sustainable ocean economy and, as a result, improve biodiversity, community livelihoods, and climate resilience.
Here below a 59-second stop motion snapshot of how it looked for Geonardo attending the conference:

The urgency to act

Time is running out. According to Peter Thompson, Special UN Envoy for the Ocean:

"We have about 8 years to revert the unacceptable future our grandkids will live in: with fires and famine, war and natural disasters. It's time those with money partner up with those who don't have it and act to make the implementation of solutions possible".

Why 8 years? Because the tipping point is expected to be reached in 2030. This being the reason why in this conference more than 100 Member States committed to conserve or protect at least 30 percent of the global ocean within Marine Protected Areas and other effective area-based conservation measures by 2030.
As the most admired person at the UN Ocean Conference and the most respected persona in the world's Ocean community, Dr. Sylvia Earle, called on all participants:
We are on a course of decline, we can see it and we can measure it. But it doesn't have to be that way. We don't have to reach tipping points that take us to catastrophic events. We can instead reach turning points. Humans have succeeded in developing the most magnificent ways of destroying the planet -and one another. We are so good at killing -and at killing nature! We got evidence everywhere of how we have consumed the natural world and it has paid off our prosperity. But it has come at a cost that we are just beginning to recognize and account for that cost.

So what do we have to do now? To give back to the Ocean, what it has given us: life. Consider you impact on nature, everybody has an impact! AND EVERYBODY HAS POWER. This is the time, CRITICAL TIME, as never before to take action. Never again we'll get the best chance ever to find a place within the natural systems to keep us alive. 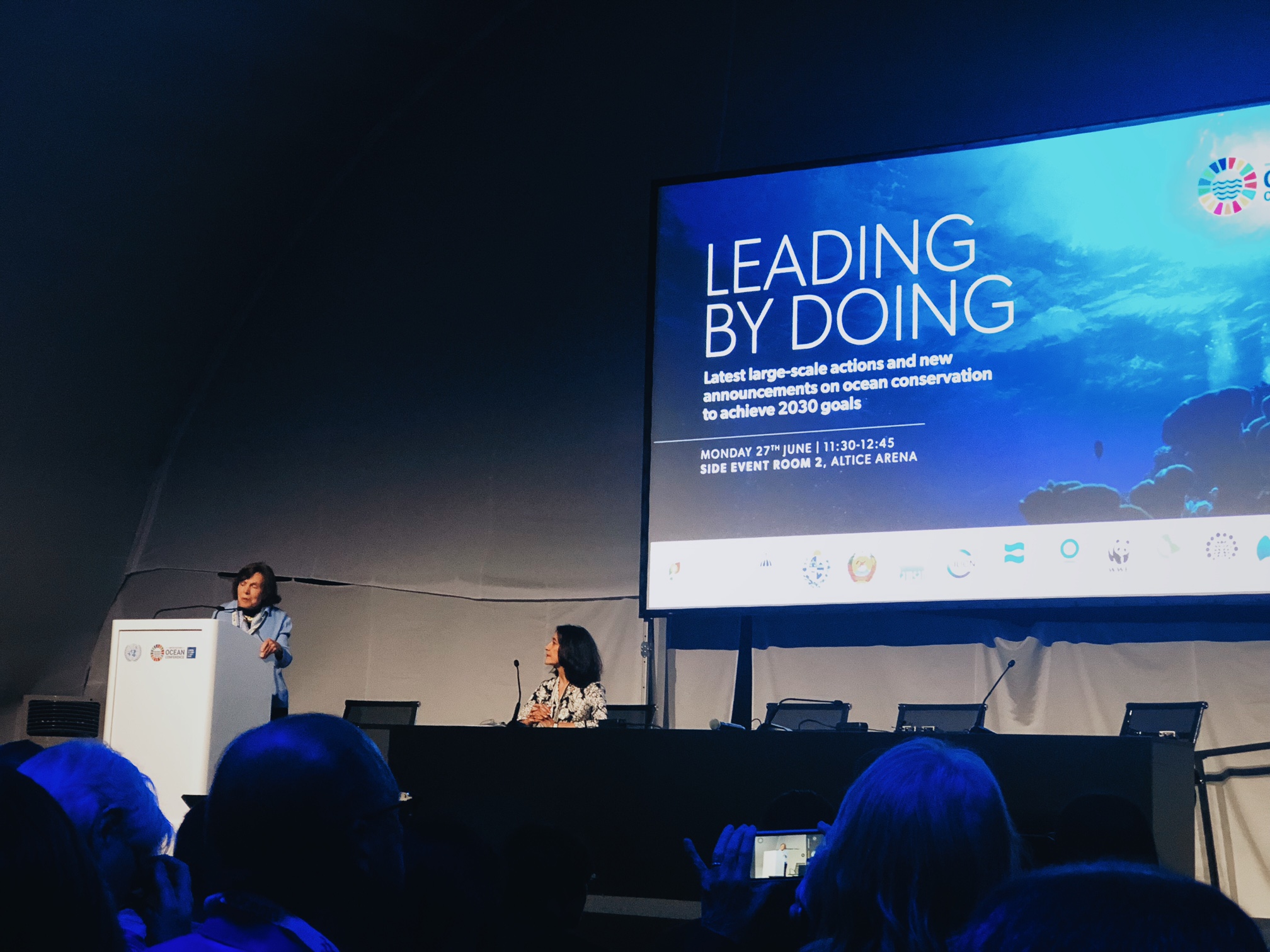 Some actions came already from the conference, shortlisting here below the snapshot the UN put together per areas: 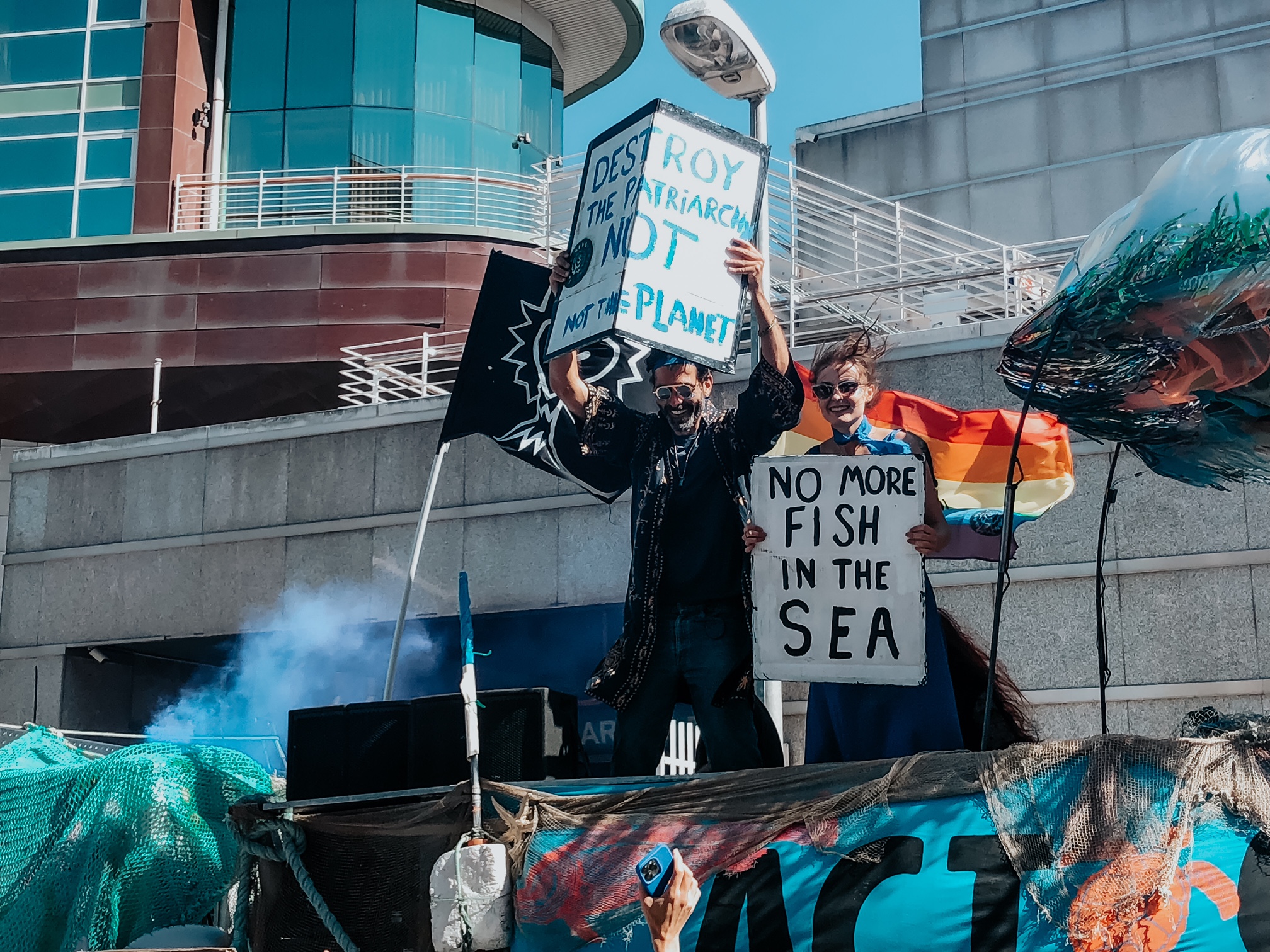 Well, NO. Here is why

And to finish with one more quote from a Norwegian delegate:  The Ocean is, in one word, our solution for the future.